I Had Anticipated Her Question 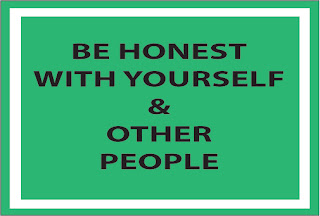 While driving to the campground for a few days of camping with our friends I pictured our friend A asking me about my fingernails.  If you have read my blog some you may already know that I frequently having my fingernails painted even while in guy mode.  I often get questions about them and I generally simply tell people that I like to have them painted.  This response seems to be the most direct and the one that people accept.  But I had a feeling that response might not be enough for A.

When I had initially considered coming clean with her I thought that maybe should would not appreciate my total honesty, but the more that I thought about it the more I realized I was once again placing my own fears upon her and in the process was discounting her.

So I was not very surprised when during that first night of camping together, after many, many, drinks she said "Okay, I have had enough to drink and I need to ask, what is up with the nails?"  A and I have known each other four about four years and during that time she has never asked about my nails.  But within the last year or so A and her husband B and Jules and I have been becoming better friends.  This camping trip we were on was the first big thing we have done with them.

In anticipation of this question of hers, which I knew was coming, I gave her the response I had come up with:  "The short answer is - I like to paint them."  Her response: "And the long answer is..."  Me: "The long answer is uh..."  I had anticipated her question and had come up with a response, and I knew I was going to tell her the full truth, but when I looked for the words they were absent.  Here I was, in a campground, with Jules, A, and B, and I was about to admit to who I know I am, but I was scared shitless.

I said "Well, before I tell you the long answer I will let you know that I have never said this to anyone except for Jules, my sister, my long time friend B, and anyone who has read my blog."  She and B just stood around the roaring fire pit and listened while I stumbled to find the courage to admit who I am.  Finally after many stammering attempts I said "There are times when I like to fully dress as a woman."  Both she and B said "Oh."  in a very nonjudgmental manner.  Maybe they said something else, but honestly at that point I had dissociated so much that I am unsure as to what they actually said.  I do know that it didn't phase them at all.  I went on "From what I understand this just happens to be who I am, just like being heterosexual or homosexual, this is the way that I was born and it is something that I have always been drawn to do.

The best way that I could sum up their response was that they said "Hmm, okay, cool."  From there the conversation traveled on to different topics.  The moment had come and gone and the world didn't end.  Life went on and I never got a moments notice that they had suddenly found out I was a freak that they no longer wanted to hang out with.  In all reality it was extremely uneventful.  The camping trip continued.  We did all sorts of activities and all four of us, and their two year old daughter, all agreed that we had an excellent time hanging out with each other and that we needed to do it again.

That is about it, oh except for a few other details.  One being that A and Jules and I all work together.  Another being that A has always presented herself as a lady, a very conservative lady.  (Which I found out during the trip isn't actually true.  She presents a very lady like image at work but actually is very open minded and adventurous in life.)  Another is that I felt as though Jules was actually more terrified of me admitting what I like to do to them.  Another is that while my retelling had more to do with telling A that I am a cross dresser, in reality it was the first time I told another guy that I hang out with, her husband B, that I cross dress.

So far, it was a complete and total non-incident.  They didn't skip a beat, and never once treated me any differently due to my response.  Except for maybe they seemed to respect me more for being willing to be honest and our friendship appears to be much stronger for my admission.

Once again I will tell any of you out there that have taken the time to read this that it is out own internal fears that keep us alone.  There really is something to be said for being true to ourselves and to others.

Take a deep breath and admit who you are.